Pass the wine, and the plastic! Photo: Jeff Christianson

Thatâ€™s what I do, I drink and I print things. A 3D printing enthusiast has unveiled his latest creation, a life-sized version of Peter Dinklageâ€™s Tyrion Lannister from Game of Thronesâ€”which now gets to chill in his backyard drinking booze and sharing bawdy tales by the fire. Only donâ€™t let him get too close. He might melt.

Thingiverse user Jeff Christianson, or Sir Ken, shared the design and end result for his 4’5″, 25-pound Tyrion Lannister figure that he built using his Creality CR-10s 3D printer. He based his creation on another design, but this one was much, much biggerâ€”taking over 1,400 hours to print the 10 pieces needed to make the finished product (and thatâ€™s not including all the sanding, filing, and layers of paint).

The full image of the Tyrion Lannister figure, complete with goblet.

Christianson said this was his first attempt at airbrushing a human face.

An image of the model for the 3D printer. Itâ€™s broken up into 10 pieces. Full design is available online.

A work in progress.

The back and sides of the final figure, which matches actor Peter Dinklageâ€™s height.

Christianson told io9 via email that he mainly chose to do a Tyrion Lannister figure because he wanted to experiment in facial painting, but his Game of Thrones fandom definitely played a part. Now that the Tyrion Lannister figure is done, he is working on sewing him a cloak, then he and his wife are thinking of taking him cross-country in an RV, photographing him with different American landmarks like Mount Rushmore and the Grand Canyon. Possibly for a YouTube series. But in the meantime, heâ€™s busy protecting the Realmâ€”or actually, not.

â€œTyrion is part of my alarm system at my home. He stands inside the front window of my house and the curtains are programmed to randomly open up during the day so that he can look out and scare anyone in the neighborhood,â€� Christianson said. â€œNah, thatâ€™s not true.â€�

Soon, you might be able to join him on the road with a Tyrion of your very own. Anyone with a 3D printer and a bit…ok, a lot of time on their hands can try making the Tyrion Lannister figure themselvesâ€”Christianson has put his entire design on Thingiverse for free.

Video Editor and Staff Writer at io9. My doppelganger is that rebelling greeting card from Futurama.

With a company poised to put software onto the internet Aug. 1 enabling people to make fully functional guns using a 3D printer, a law enforcement official has sent the firm a cease-and-desist letter accusing it of threatening public safety and saying it would flood the illegal-firearms market.

Defense Distributed plans to put software blueprints online that would allow people to use 3D-printersÂ â€” software-controlled machines that use plastics and other materials to create objects â€” to make handguns, AR-15-type rifles such as that used in the Parkland shooting, and AK-47-type assault rifles.

â€œThe age of the downloadable gun formally begins,â€� the company crowed on its website, referring to Aug. 1.

Defense Distributed became Public Enemy No. 1 for gun-control advocates five years ago when it posted computer files online that allowed 3D printers to make guns. The Texas company had fired a 3D-printed gun called the â€œLiberatorâ€� and said half a million people had downloaded the blueprintsÂ for 3D-printing guns.

The federal government shut the project down, ordering founder Cody Wilson to remove the files from the internet.

Get tech news in your inbox weekday mornings. Sign up for the free Good Morning Silicon Valley newsletter.

But Wilson struck back with a free-speech lawsuit in 2015, and earlier this year achieved victory via a settlement with the U.S. Department of Justice.

â€œThe files you plan to publish offer individuals, including criminals, codes that they can use to create untraceable firearms â€” and even to make assault weapons that are illegal in my state,â€� Grewal wrote.

Publishing the blueprints online would â€œflood the illegal firearms market and pose a direct threat to the public safety of my state,â€� Grewal wrote.

Wilson did not immediately respond to a request for comment.

Grewal threatened that the Defense Distributed will face legal action if it goes ahead with plans to publish the blueprints.

Three-dimensional printed cars will soon find their way to driveways and cul-de-sacs all across the world as the first mass-produced vehicle of its kind aims to revolutionize the auto industry. 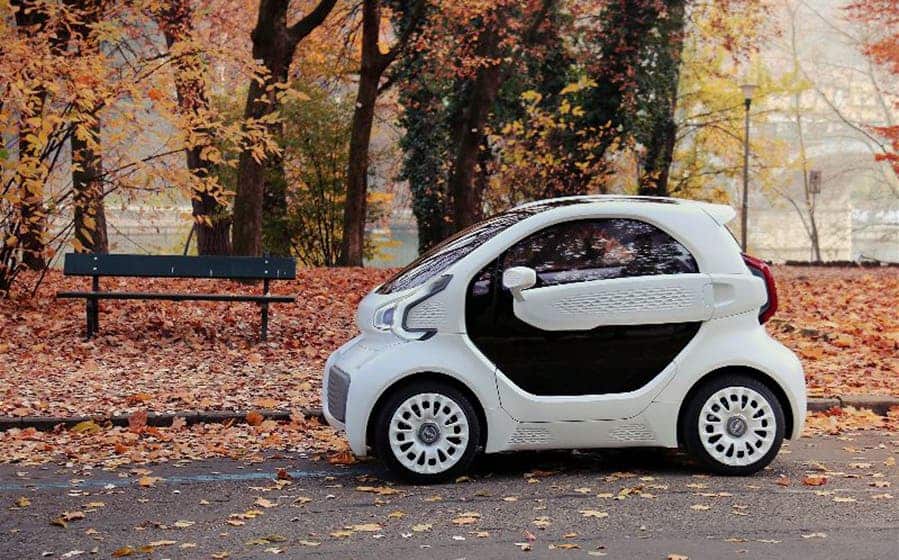 Cars are a pretty big investment. They are also quite necessary for some and quite desirable for others. So why not keep the second part but drop the price? Thatâ€™s what Italian-based electric car company XEVÂ and 3D-printing material company Polymaker want to achieve with a tiny but adorable car called the LSEV.

â€œBy saying real, I mean there are also lots of other companies using 3D printing for production. But nothing can really compare with XEV in terms of the size, the scale, and the intensity.â€�

According toÂ CNBC, the printed car will weigh just around 450 kgs (992 pounds), takes just three days to print, and will bring you back under $10K. The secret behind this price tag, Polymaker says, lies in the 3D printing process itself. The company managed to shrink the number of plastic components that go into the vehicle from 2,000 to just 57. This makes it much faster and cheaper to print, but also lighter than any comparable vehicle. Apart from the chassis, seats, and glass panes, every visible part of the car was 3D-printed.

It does come with limitations, however â€” this isnâ€™t a sports car. Itâ€™ll do up to 43 mph (around 70km/h), and a single charge will cover about 93 miles (150km). Not good if youâ€™re trying to cross the border to Mexico in a hurry â€” but really handy when you have to zip about through a crowded city. The vehicleâ€™sÂ relatively small dimensions also help in this regard.

People seem to agree with me: as XEV reports, theyâ€™ve already received 7,000 orders for their car, despite the fact that production should start sometime in the quarter of 2019.

â€œThis strategic partnership between XEV and Polymaker leads to a revolutionary change in automotive manufacturing,â€� writes Polymaker. â€œIt is possible that similar changes, related with 3D printing technology, will happen to every aspect of manufacturing very soon.â€�