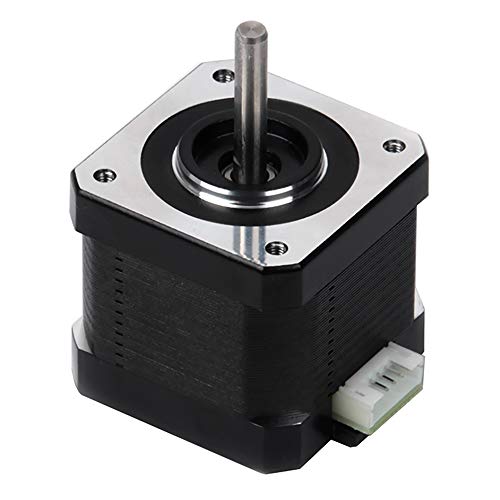 FYSETC is a professional supplier of 3D Printers related accessories products. It has a professional R&D team and high quality after-sales service to ensure that you can enjoy your shopping.

Make sure the motor connect to a constant current or chopper drive controller before you test motor.

Connecting the motor directly to a power supply will destroy the motor.

In the present study, a team at the National Institute of Information and Communications Technology (NICT) combined the optical screen of a digitally-designed holographic optical element and a digital holographic projection technique. The light of the enlarged holographic 3D image was then concentrated to a target observation area by a reflection function to increase the visual angle.

This technology can have a high degree of freedom of both the display size and the visual angle independently, and also a high usability of the see-through display system. As such, it is expected will accelerate the adoption of holographic 3D displays in industrial applications, such as digital signage, smart glasses and head-mounted displays.

In future, the researchers at NICT will optimize the full-color display system by upgrading the hologram printer. They will also focus on developing multiple holographic projections from different incident directions to extend the observation area.

Source: National Institute of Information and Communications Technology.
Disclaimer: This article does not necessarily reflect the views of AsianScientist or its staff.