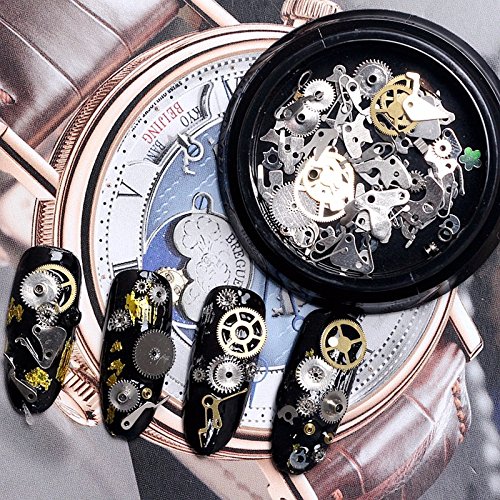 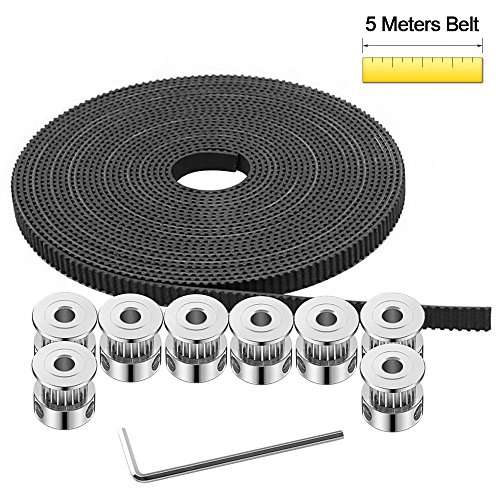 Features:
The timing belts and pulleys are popular choices for Reprap, Prusa, MendelMax,3D Printer At least six teeth in contact with the pulley at a given time. This will reduce the possibility of sliding. GT2 pulley and belt are used together, and the profile with rounded teeth, which ensures that the belt tooth smoothly and accurately into the pulley groove Anti-backlash timing belt pulley with 20 teeth is one of the best choices for 3d printer construction.

Introductions:
GT2 belts and pulleys compliant (GT2 pulley) are popular choices for RepRap tests and traps.
The series GT2 belts are specially designed for the linear movement. Use a profile with rounded teeth, which ensures that the belt tooth perfectly and accurately into the pulley groove, so that if one reverses the direction of the pulley, there is no place for the band to move in the groove.
For the best performance, which is at least six teeth in contact with the pulley at a given time. This minimizes the possibility of sliding ring and helps to play in reducing even more. In practice, this means that you have made at least a pulley 12 teeth, and I usually try to get at least 16 teeth.

FUTURECRAFT 4D. Adidas is set to release the futuristic shoe on January 18. Photo from adidas.com

MANILA, Philippines â€“ Adidas is set to release their much-awaited Futurecraft 4D sneaker in New York on January 18, ushering in a new age for footwear.

According to the brand, Futurecraft is the worldâ€™s first high performance running shoe with midsoles made out of light and oxygen using Digital Light Synthesis technology by Carbon, a tech company that specializes in the manufacturing of 3D printing technology.

The resulting shoe is one with an alien-esque midsole that looks like it was taken straight out of a science fiction novel.

FUTURECRAFT 4D MIDSOLE. The midsole was made with light and oxygen through cutting edge technology by Carbon. Photo from adidas.com

FOR ATHLETES. The Futurecraft 4D is designed to enhance the performance of athletes. Photo from adidas.com

Learn more about the technology behind the shoe here:

Local sneakerheads who want to get their hands on these babies should get ready to pay USD 300 for a pair. The shoes will launch in the New York City area through Consortium retailers KITH, Packer, and SNS. Visit adidas.com/futurecraft for more information. â€“ Rappler.com