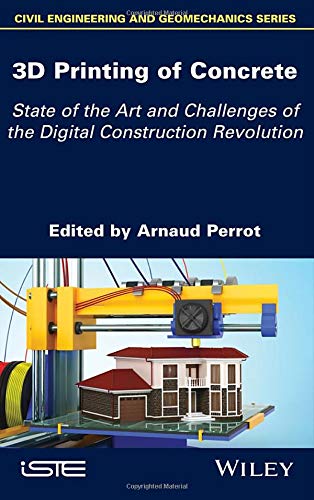 The introduction of digital manufacturing techniques, such as 3D printing applied to concrete material, opens up new perspectives on the way in which buildings are designed. Research on this theme is thriving and there is a high rate of innovation related to concrete. At the same time, the first life-size constructions made from printed concrete are emerging from the ground.

This book presents state-of-the-art knowledge on the different printing processes as well as on the concrete material that must adapt to these new manufacturing techniques, such as new hardware and new printers for concrete. The possibilities in terms of architectural design are discussed as well as the pathways that remain to be uncovered. The book also explores the challenges that researchers and companies expect to overcome as they get closer to democratizing this potential revolution that is the digital manufacturing of concrete. 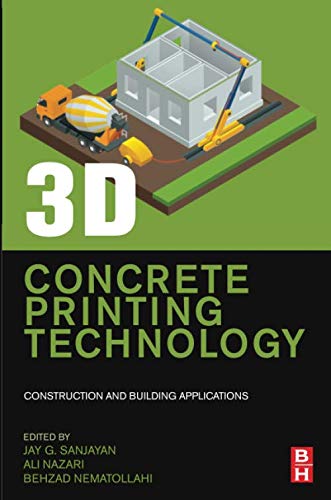 3D Concrete Printing Technology provides valuable insights into the new manufacturing techniques and technologies needed to produce concrete materials. In this book, the editors explain the concrete printing process for mix design and the fresh properties for the high-performance printing of concrete, along with commentary regarding their extrudability, workability and buildability. This is followed by a discussion of three large-scale 3D printings of ultra-high performance concretes, including their processing setup, computational design, printing process and materials characterization. Properties of 3D-printed fiber-reinforced Portland cement paste and its flexural and compressive strength, density and porosity and the 3D-printing of hierarchical materials is also covered.

The United States military has been systematically adopting 3D printing in multiple areas and agencies over the years, as the flexible technology is useful for multiple applications, ranging from battlefield operations and surveillance to lowering the logistical footprint of convoys and just making daily life a little easier.

Last summer, the US Army released a report on its use of 3D printing, and soon after unveiled the latest fruits of its labor â€“ a 3D printed barracks, also known as a B-Hut.

The barracks was the result ofÂ a three-year Army programÂ called â€œAutomated Construction of Expeditionary Structures,â€� or ACES, whichÂ explored how to use 3D printing to create semi-permanent structures from concrete that was made with locally available materials.

At the time, Dr. Michael Case, theÂ ACES Program Manager fromÂ theÂ Construction Engineering Research Laboratory (CERL), said, â€œThe ACES team designed, built, and validated an additive, three-dimensional concrete printing technology that is a real game changer. Unlike previous efforts, ACES can use up to 3/8â€³ aggregate in the concrete that is used. In addition, the ACES project paid particular attention to methods of reinforcing printed concrete, both horizontally and vertically.â€�

It seems the Army has been continuing its work with concrete construction â€“ the agency was recently awarded US Patent #20180057405 for its new concrete mixture that can be used to 3D print buildings with the necessary structural strength, which will be a major asset when quickly built structures are needed in a war zone.

According to the application for the patent, which was filed two years ago, â€œThe present invention is a printable concrete composition made from the combination of a solid mix, water, and various liquid admixtures.â€�

The US Army Corps of Engineers (USACE), which countsÂ environmental sustainability as one of its main principles, works to strengthen the security of the US by building and maintaining the countryâ€™s infrastructure, and providing military facilities where service members can train, work, and live. USACE is on the front lines of using 3D printing to develop the means to rapidly construct buildings for both military and civilian operations.

This new concrete mixture for 3D printing buildings is made by combining three major elements â€“ water, liquid admixture, and solid mix, which can be transported and combined with the other two elements on-site in order to make the composition.

According to a blog post Patent YogiÂ shared with us, â€œThe solid mix includes a binding agent, an aggregate, coarse sand, fine sand, a clay admixture, a fly ash admixture, and a silica fume admixture. The Aggregate, coarse sand, and fine sand are present in equal proportions, whereas, clay admixture and fly ash admixture are present in amounts approximately 8% and 5% respectively, providing increased flow-ability and reduced set time for printable concrete composition.â€�

The liquid admixture includes several other admixtures, includingÂ an accelerator, flow control, plasticizer, andÂ shrinkage reducing admixtures; each of these plays an important role in the concrete mixture. While the flow controlÂ admixture is used to improve the flow and pumping of the composition at high pressures, theÂ plasticizer one makes it possible to lower the amount of water used. TheÂ shrinkage reducing admixture helps to decrease any cracking and shrinkage during drying.Â Once the mixture has been made, a structure can be 3D printed without having to make any further modifications to the composition.

The Armyâ€™s newly patented 3D printable concrete composition makes it possible to construct building components that need a lot of strength â€“ such as those that may be built on a battlefield. In addition, mesh can be embedded between the layers of the mixture in order to stabilize or reinforce structures. The military is a very mobile organization, and this new concrete composition could make it possible to rapidly produce shelter on an as-needed basis.

Discuss this and other 3D printing topics atÂ 3DPrintBoard.comÂ or share your thoughts in the Facebook comments below.