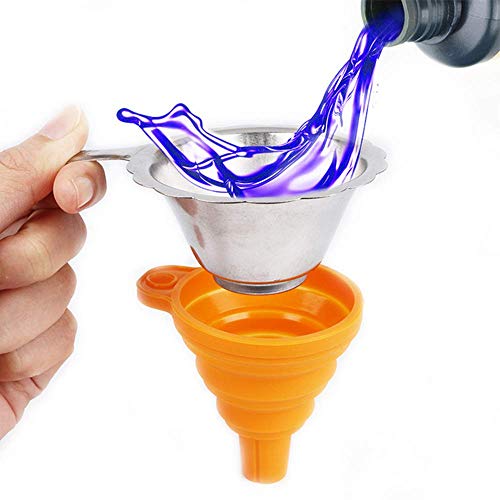 Note
After use rinse the filter in IPA to clean it.
Package List
1 * filter
1 * silicone funnel (random color) 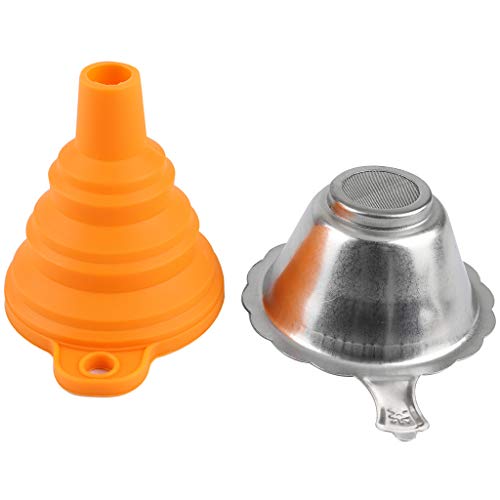 Note:
After use rinse the filter in IPA to clean it.

The UAVs are usually created by large manufacturers, as their construction is expensive and complex. The achievement of the UK researchers could make the craft a more sight.

Researches from the Advanced Manufacturing research Centre carried out a test flight of the vehicle earlier this week. The manufacturing cost of the drone has not yet been released, but its researchers said that it was significantly lower than that of large drone-dedicated companies.

The university’s engineers are now developing an electric fan propulsion system that will simplify the drone’s control. They also plan to develop a GPS control system or a camera, controlled by an operator wearing person-view googles.

Sheffield’s drone was built with the use of a technique called fused deposition modeling (FDM), and is made of a polymer called thermoplastic. This method is slower than other printing techniques, including selective laser sintering (SLS).

Without using lasers, the FDM method results in fewer costs. However, the costs depend on the material used, the size of the craft and the printer used.

“By understanding the capability of the FDM process and associated software, we were able to manipulate the design to contain a number of unique features as well as preventing build deformation. All parts required for the airframe can be combined onto a single build within the Fortus 900 machine, taking less than 24 hours with ABS-M30 material,” Mark Cocking, additive manufacture development engineer, said.

Low production costs might make 3D unmanned aircraft more disposable. They can be sent on one-way flights for delivery, search or reconnaissance purposes.

FDM printers use two kinds of materials. The first is called the “modelling material” and is what the object is ultimately made of once complete. A second, “supporting material”, acts as a scaffolding to support the object during the printing process.

The polymer craft could be built and deployed in remote situations, potentially within as little as 24 hours, the engineers say.

The Sheffield UAV is made up of nine parts printed separately that are snapped together. It weighs less than 2kg (4.4lb) and is made from thermoplastic.

The engineers are currently looking at ways to use nylon as the printing material, in place of plastic, which would make the UAV 60 percent stronger, without increasing its weight.

Facebook founder Mark Zuckerberg revealed yesterday that Facebook is similarly working on drones, satellites and lasers to deliver the internet to underdeveloped countries.

He is eager to deliver the internet to “the next 3 billion people” – and revealed the firm has hired experts in solar power that can keep drones flying for months at a time.