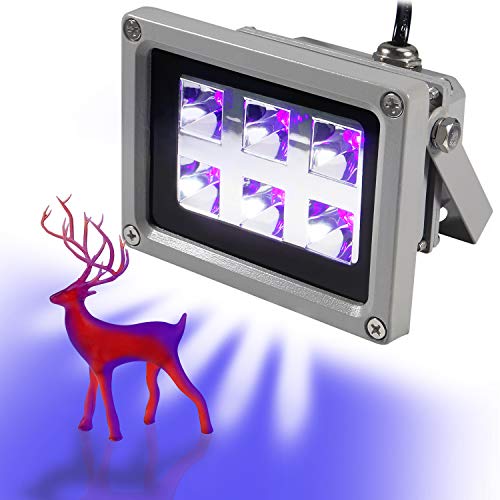 The lamp can be used in DIY curing station or curing box and handheld applications.

Just not stare at the light for a long time during operation and minimize skin exposure. If you have goggles, please wear an eye protection device when using this light.

2. the UV energy emitted by the UV lamp must meet the energy required for curing the UV glue. The energy of the UV light is proportional to the power of the lamp. 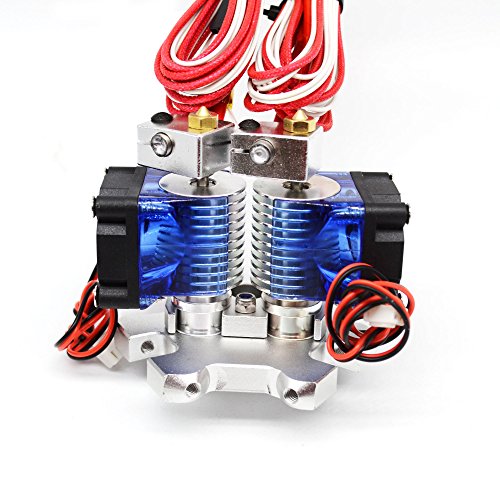 V6 Extruder:
●With PTFE in hot regions of our HotEnd we can reach 260C with the supplied thermistor. By swapping a thermistor for a thermocouple (may require additional electronics) you can reach over 280C.
●This not only allows you to print extremely high temperature materials like PP/ Polycarbonate and Nylons but also eliminates HotEnd meltdown failures associated . latest v6 hotend has a PTFE liner inside the hotend this liner is never subjected to high temperatures so there is no risk of damaging the liner through overheating.
●Our new HeaterBlock gives the fastest heat up times and the most responsive temperature control by clamping around the cartridge for maximum thermal contact. The new thermistor placement means you get the most accurate temperature readings with the fastest response. What this means for you the user is that you can go from 20C to 200C in just 65 seconds, temperature control is responsive enough that you can keep the hotend within 0.5C of your set temperature or less with ease.
Specification:
Type: Bowden J-head Dual V6 Hotend
Included: NTC3950 thermistors and 12V 40W heater
NTC 3950 Thermistor parameters:
High accuracy: 1%
Resistance value at 25°C=100K
Wiring insulation: high temperature teflon/PTFE
Wiring length: 1 meter

atum3D presents their new DLP Station 4 at formnext 2016 in Frankfurt, Germany this week. Their latest product, according to the company, is the first machine based on Digital Light Processing (DLP) technology that can be used for both research and development and production. The DLP Station 4 offers a feature set that allows it to be used in every stage of product development, from prototyping plastic components all the way up to industrial serial production.

“We are delighted to introduce this state-of-the-art manufacturing machine in Frankfurt,” says Guy Nyssen, Channel Manager at atum3D. “This versatile DLP Station combines exceptional accuracy and material properties matching ABS and PU with a modular, scalable setup and an integral process to manufacture series of ready-to-use components.” The printer sits on a plinth, which brings a touch of aplomb to the printer, while also serving a functional purpose. The plinth provides a very useful storage space for all the resins and other materials used in the printing process. VanBerlo also proposed a resdesign of the DLP Station 4’s hood, which protects the integral product components and has a spring release mechanism for easy extension and retraction. Nyssen explained that the DLP Station 4 can cost-efficiently make series of 1 up to 10.000 pieces, adding, “With the required tolerance levels and finishing, but without the lead times, inflexibility to instantly accommodate minor component changes and required investments in molds or expensive hardware.”

formnext is one of the biggest annual events in additive manufacturing, and attracts much international attention, which led in part to atum3D’s decision to present at the event this year.

Nyssen said, “Apart from the opportunity to meet potential customers, we’re primarily aiming to meet professional distribution partners so we’ll be able to jointly serve customers all over the globe.”

atum3D’s DLP Stations are 192 x 250 x 120 mm, weigh approximately 32kg, and can print at speeds of up to 50mm per hour, depending on resin and the level of detail the print entails. They create components for consumer goods, automotive, aerospace and toys industries, which can be prototyped by product design studios or R&D departments on the very same machine. Visit atum3D at formnext through November 19 in Hall 3.1, stand B88 of Messe Frankfurt.