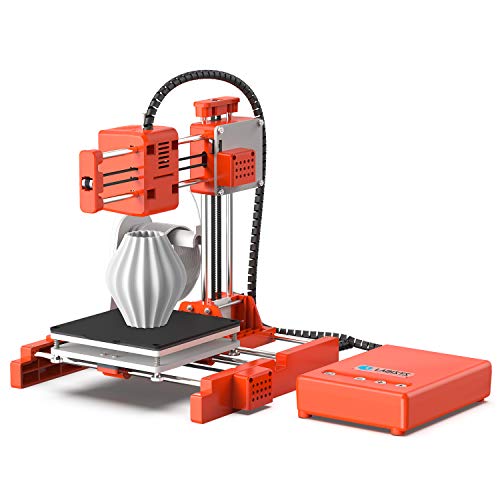 As an authorized supplier of professional 3D products, we offer 100% original products with perfect after-sales service, and we gathered a professional teams of experts and designers who are committed to creating the high quality and easier to use 3d printers and offer professional help when the users meet any problems while they using the printers.

Why Choose Our 3D Printers?

1. Designed to be compact and portable, small and easy to carry wherever you go.
2. Easy to set up and disassemble with a detachable magnetic platform, easy to use for both beginners and professional people.
3. Designed with quiet printing under 60db, no more disturbing in sleeping or resting.
4. Self-developed slicing software, simple to slice. Modeling or downloading on a computer and easily converting them into a printable formal
5. This 3D printer is a perfect gift for a kid, allow them to learn about the basic construction of 3D printers.
6. Invite imagination and innovation to a student, help them discover the wonders of all the STEM fields. 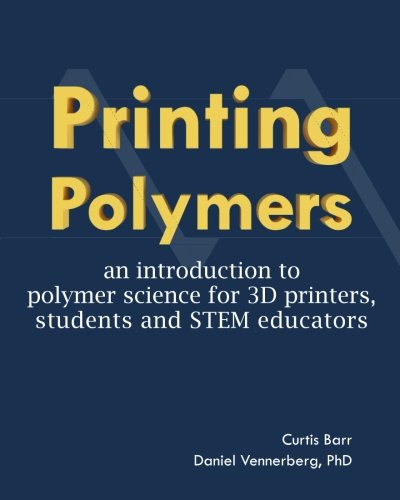 Polymer science and engineering are exciting fields that most people take for granted. Stop and think for a moment about all of the polymers that we use on a daily basis and everything that goes into their design. Packages and kitchenware need to be food safe, while engine components need to withstand swings in temperature from a cold winter night to the heat of a running engine. Nylon webbing must absorb impacts to keep a climber safe.

Now, with the widespread adoption of 3D printing, anyone can design and build polymer parts to solve a problem in their home, create a toy or even build a business. However, we have observed that students and 3D printing enthusiasts do not have access to the knowledge and materials that are commonplace in industrial polymer manufacturing operations. Further, we believe that 3D printing can be used as a gateway to introduce a new generation of Materials Scientists and Engineers to key materials, design and testing concepts.

This book introduces fundamental relationships between materials, processing and properties. Through practical examples, we show you how these principles can help you select the best materials, optimize your designs and test your 3D printed parts.

NOVI, Mich. (WXYZ) – Students at Novi Woods Elementary School are teaming up in the classroom and making an impact around the world. They’re creating prosthetic limbs for kids in need by using 3D printers they have in the school district.

Fourth grader Shalin Sitaraman says, “We’re making these prosthetic hands so that they can have an easier life.”

He says, “Watching the kids when they get to see the 3D printer and putting it together, they have a lot of fun. It’s just really heartwarming.”

Fenton is on the robotics team which had already been creating the prosthetic limbs for the global non-profit e-NABLE. It’s a network of volunteers that uses 3D printing to provide the free prosthetic limbs.

Last summer, Fenton and his teammate, Kirsten Anderson, decided they wanted to get more people involved.

“We just kinda thought about it.Â There’s kids out there that could be building these arms and learning about 3D technology.Â getting an experience you couldn’t get anywhere else,” says Fenton.

They, along with a parent in the community, met with Julie Farkas of the Novi Public Library. They were looking for a way to take E-NableÂ to other students and to the community.

“This was a win-win from the get go,” says Farkas.

Soon after that meeting, they started working with some of the district’s 4th graders to use 3D printers and plastic filament to create the prosthetics.

Luke JanigianÂ says, “It was pretty hard to make it. When I saw it I was like it’s finally done. I just knew that someone in the world would be able to get that hand that didn’t have one.”

In December, the helping hands project went beyond the classroom and to the library. That’s where community members got a chance to make them, too.

“We were able to create an assembly day and sign up people who were interested in learning more about the hand and making a hand,” says Farkas.

So far, nearly 100 prosthetic arms and hands have been made.

Fenton Lawler says, “It’s not just just the movement. It’s the fact that they have a limb there. For many in poor countries, they are not able to work or fit into society. Now that they have an arm, they can fit in.”

Jyotsna JoshiÂ is also a senior at Novi High School.

She says, “I never understood what it means when people say I saw a spark in their eyes and when I work withÂ these kids and you explain something and they get it, you see the cognition happen. That was my favorite part.”

They all say it’s been a rewarding experience. Soon, they hope to extend it to all of the district’s 4th graders.

Ten-year-oldÂ Tessa Taulbee, a student at Novi Woods, says “I think it’s great because even though we’re kids, we get to make a difference. Some people have to wait to make their difference, but we already get to do something amazing like this.”Â

The students have a goal of creating 200 prosthetic arms by June.

If you want to learn more about e-NABLE go to:Â http://enablingthefuture.org

To learn more about how Novi is helping “e-nable” the future, go to:Â http://www.novilibrary.org/Resources/Access-Technology/Enabling-The-Future.aspx